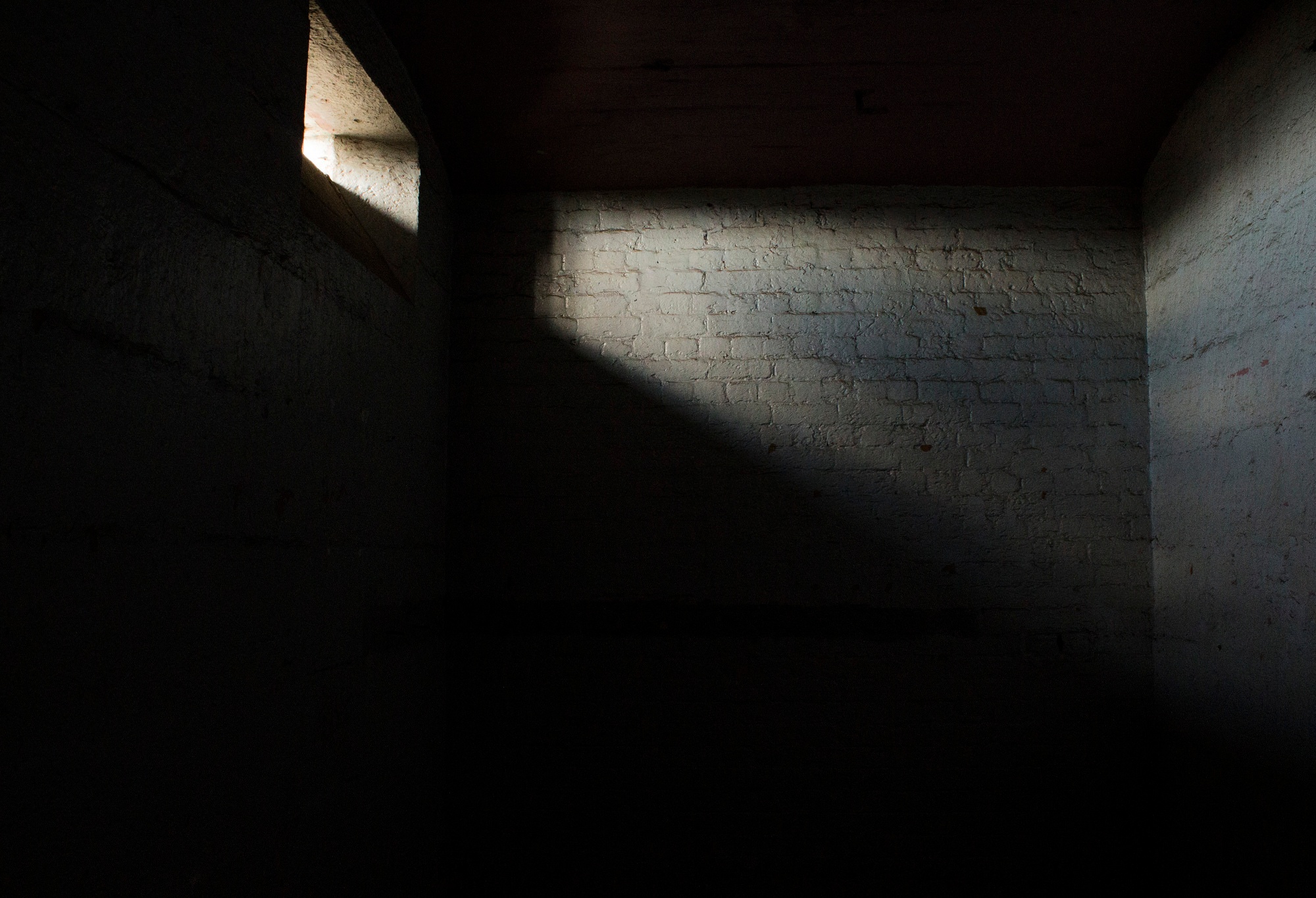 He grew to love the darkness. In it, he could pretend to be anything and everything. He was invincible when encompassed in the embrace of the room`s shadow, for he could ignore reality and its implications in total blindness. The room`s utter black was all he`d ever known. His existence within its confines was limitless in the infinite expanse of the dark; all the power of the world was at his fingertips, as long as he imagined it. There was nothing to fear, as long as he pretended It wasn`t there, lurking.

It was fear, however, that held him back. The presence of It always loomed in the back of his mind, ensnaring his thoughts, giving way to obsession. He heard It clawing at the walls of the room, if there were such things, shifting throughout in grating scrapes. But it was Its screeches that instilled in him, from the moment of his existence, a primal fear of the unseen creature. Its utterances were all the horrors of his life manifested in a manic fortissimo, an embodiment of pure pain in the discord of its resonances. It seemed to intensify perpetually, resounding off the room`s walls, although he had come to disbelieve such a notion, and piercing his being. Each time it came, its intense reverberations overtook his own screams of pain, and it was all he could manage to bear it, tears streaming down his face, blood out his ears.

He registered Its every move, tracking Its movements in the darkness. For the first time, he thought of the darkness as an encroaching presence, limiting his perceptions. He desperately wished for sight in the suffocating black, for he feared It would lunge at him, taking him by surprise in his blindness. No longer did he feel invincible in all the possibilities of the dark, but exposed, vulnerable to the caprice of It. He grew wary of every sound, spending sleepless eternities in dread. The continued shrieks of It began to drive him to madness. He could feel it.

He wanted light. He needed light. The endlessness of the dark was false; he was trapped in the room with It. Trembling with exertion, he forced himself to one knee, ignoring the protests of atrophied muscles and brittle bones. Burning with an exhilarating new pain, he stood, wobbling unsteadily as an infant would. He took one hesitant step and lost his balance, face crashing into solid ground. He tasted blood in his mouth. The sound of It scratching reached him, and he clawed at the ground in terror, forcing himself to his feet. Nothing mattered but escape. Release. Light. He stumbled forward, groping for the limits of the room.

The walls came as a surprise to him. He had never before accepted their reality, and upon discovering them, dread began to chip away at what remained of his rationality. The room was unprecedentedly small. He traced the perimeter, one hand shakily grasping the odd cold of the wall. Hope receded as the revelation of the confinement he`d cheerfully ignored all his life hit him full force. The creature began to shriek once again, alive with a revived malignancy, and he sank to the floor, consumed in a mire of pain. He wished he could lose himself in the darkness, melt into the shadows and once again be encompassed in its embrace. But it was a cloak, a veil that hid the malice of the truth from him. And it would prove to be deadly.

The creature`s screams morphed with his own, and he became unable to distinguish one from the other. He felt certain It would come for him, and it was this fear that drove him to standing, roaring in prime agony as his being burned in triumph over despair and rebellion against the oppression of It. Its shrieks were nothing. He took a step, staggering, and drove his full weight into the wall of the room. It did not yield, but he pressed the assault, blinded not by darkness, but the light of living. He bloodied his hands and bruised his ribs as he attacked his prison. He felt none of it in the frenzy of his abandonment. The din of the creature intensified, becoming the desperate rasp exuded in the midst of a convulsive death throe. He matched its frequency as he poured the last of his strength into a final blow. Upon contact, every surface of the room cracked, shattering from the point of his strike to every corner.

Light flooded in from the cracks, dousing his world with newfound white. He recoiled from the sudden brightness, eyes burning from the overflowing tide of sensation. He was drenched in its strange warmth, soaked to the core of his soul in light. As his eyes adjusted, he realized the small room was empty, save himself. The walls were composed of newly cracked mirrors, light and warmth radiating from their faults. He smiled at his broken reflection, visible now in the cascade of light.

Check out some other short prose here.